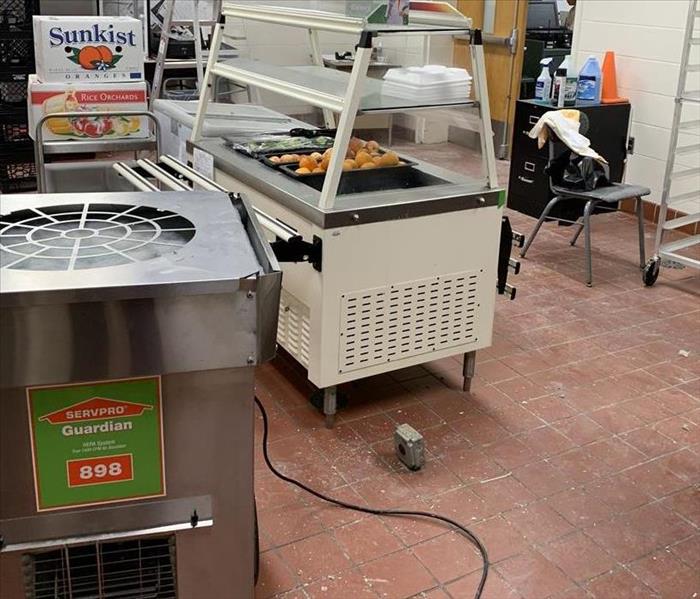 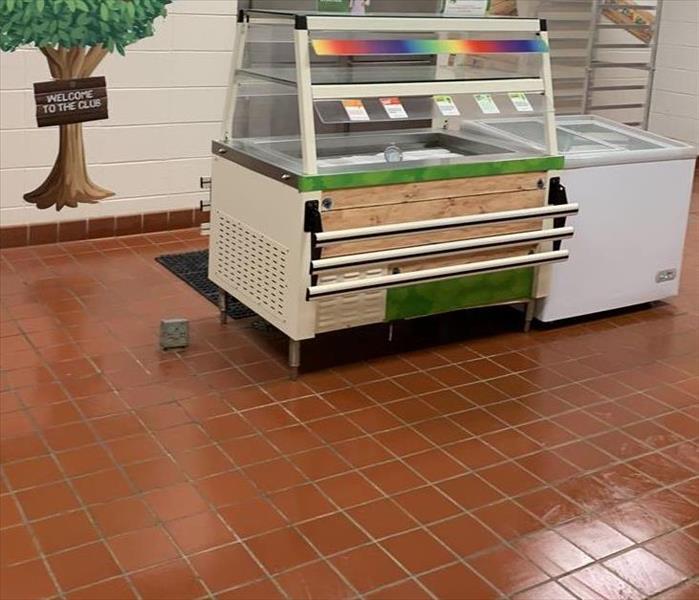 After a fire affected a local cafeteria, SERVPRO of South Jersey City/ Bayonne was called by the organization’s management to clean and remediate the area as quickly as possible in order for service to resume. Damaged contents and appliances were disposed of, a heavy cleaning of walls and floors was performed and air purification machines were placed to remove fire remnants from the surrounding air. In addition to cleaning contents and surfaces, the ceiling tiles needed to be removed and the area above them scrubbed to remove soot and smoke residue. Once the cleaning was completed, it was impossible to discern the area was ever damaged by fire. The cafeteria management was impressed with the final results and they were able to open the cafeteria to patrons shortly thereafter.

View More Before & After Photos